There are actually only four Disney World parks and they are all within an easy drive to one another (if not a boat ride or walk!).

Animal Kingdom’s main theme is just that, animals! You’ll find the park divided into 5 different areas based on different lands.

Africa— In this area, you will walk through an African village where you will find everything from drum circles to acrobatic performers.

Guests can go on a African safari to see such wildlife as lions, zebra, giraffes and other magnificent animals roaming freely.

There is a Wildlife Express steam train that takes you from Africa to Rafiki’s Planet Watch, an interactive conservation center where guests enter learn about animals and their environments.

Asia— Here, you will be able to walk past Asian ruins complete with monkeys and take a walking journey that will allow you to see Bengal Tigers, Komodo dragons and even bats!

Two rides you won’t want to miss are Expedition Everest (a coaster that brings you on a close encounter with the Yeti) and Kali River Rapids, a white-water raft adventure through a rain forest.

DinoLand U.S.A.— You will venture back in time with this part of Animal Kingdom. Go on a thrilling ride to escape dinosaurs on DINOSAUR, kids can dig in The Boneyard for fossils and have a fun time in the dinosaur themed fair playground.

Although not dinosaur themed, you will also find the live show, “Finding Nemo-The Musical.”

Discovery Island— The center of Animal Kingdom is where all the lands meet. You will find The Tree of Life in the center.

Surrounding the tree are animal exhibits. Inside the tree, is a 3D show with special effects,“It’s Tough to be a Bug.”

Pandora – The World of Avatar— The newest area of Animal Kingdom makes you feel like you are walking straight in the the movie, Avatar.

You can fly on the back of a mountain banshee in Pandora on the Avatar Flight of Passage or journey into a bioluminescent rainforest on Na’vi River Journey. 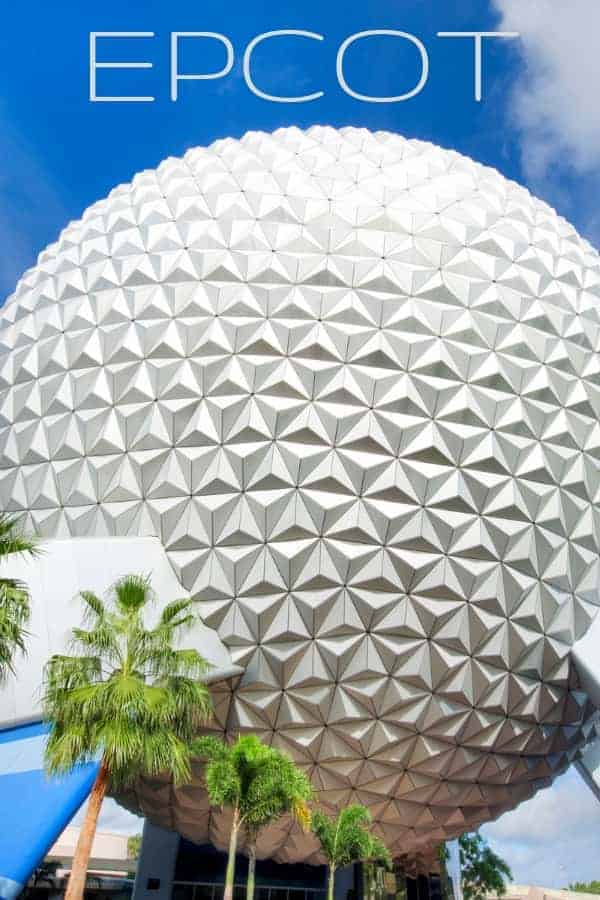 Epcot park was designed to showcase inventions & innovation and multi-culturalism. It is divided into two parts, Future World and World Showcase (but when Epcot expands in the future, all of this will change).

Future World explores technology with rides like Spaceship Earth and also draws attention to the under sea world with The Seas with Nemo & Friends.

You will also find dining experiences that focus on the native foods of each country. You will find that the entire park has many Hollywood inspired rides and attractions.

Hollywood Boulevard– is the central area of the park. You will find stage shows and a replica of Grauman’s Chinese Theater that is the center hub of Hollywood Studios.

Echo Lake– In this area of the park, you will find a theme of adventure.

Two of the most popular attractions in this area are Indiana Jones Epic Stunt Spectacular! and Star Tours—The Adventures Continues.

Grand Avenue–The Muppets take the center stage of this street. You will find a 3D Muppet show as well as Muppet themed pizzaria.

Toy Story Land– The newest addition to  Hollywood Studios makes you feel as though you have walked right into the backyard of Andy. Filled with Andy’s toys, you will find Toy Story themed rides and experiences.

Galaxy’s Edge- This part of the park is built to make you feel like you are inside the Star Wars universe.

It is where you will find two new rides along with shops and Star Wars themed experiences. It is brand new and perfect for anyone who wants to be where the action is!

Animation Courtyard- Star Wars Launch Bay is a primary location within the park for fans to celebrate all things Star Wars. Another area is dedicated to Disney Junior.

You’ll find a live stage show as well as meet & greet for some of your favorite Disney Junior characters.

Sunset Boulevard–One of the most popular areas in Hollywood Studios, this street features some of the best rides and attractions.

The Twilight Zone Tower of Terror takes guests on a plummeting ride down 13 stories.

There are two amazing live shows: Beauty and the Beast and Fantasmic!

The most visited and popular of all the Disney World Parks, the Magic Kingdom centers around Cinderella Castle and is divided into six themed lands:

Main Street, U.S.A.– This is the first area you go through when entering the park. You will find a town filled with it’s normal buildings including a Fire station, City Hall and Barbershop!

Adventureland– In this land, you will find rides and attractions that deal with adventure: Pirates of the Caribbean, Jungle Cruise, The Magic Carpets of Aladdin and more.

Frontierland –Go back to a time when the United States was just beginning to go West.

Built to look like the old West, you will find the popular rides Big Thunder Mountain Railroad and Splash Mountain in this part of the park.

Liberty Square–The location of the United States first White House was in Philadelphia, Pennsylvania. This area of the park is built to look like you’ve walked back in time to Philadelphia in the 18th century.

Fantasyland– Probably the most favorite part of Magic Kingdom takes you into the Disney classics.

Tomorrowland – Venture into the land of the future with rides and attractions that take on an out of this world theme. You’ll find Buzz Lightyear’s Space Ranger Spin, Monsters Inc. Laugh Floor, Space Mountain, and Walt Disney’s Carousel of Progress.

Each of the four Disney World Parks is in a separate area on Disney property but are all part of the true Disney experience.

Are you ready to plan a trip to Walt Disney World? Be sure to read our tips for planning a Disney World Vacation.