Disney Imagineers spend a lot of time and energy making Magic Kingdom the “Happiest Place on Earth.” This includes adding certain things in the park like Hidden Mickeys and other interactive features that aren’t talked about openly! Wondering what things you might be missing out on? Here are a few of the e best Magic Kingdom secrets that you probably had no idea existed!

Not sure what it is about the Haunted Mansion ride, but it is one of those must do rides at Magic Kingdom that people can’t seem to get enough of.

It certainly isn’t the scare or creep factor, as Haunted Mansion is more fun than scary.

Perhaps it is because of the attention to detail.

When you walk through the queue, you will have plenty of things to see and interact with.

One item that many fail to notice is right in front of your eyes.

As you approach the doors to enter into Haunted Mansion, stop to look at the tombstones to the left of the door. Find the one marked Leota.

If you stare at her long enough, you will get a creepy surprise!

If you don’t like getting wet, you better watch yourself on & around Aladdin’s Magic Carpets. You will notice many camels perched near the ride.

As you probably know, camels are creatures who like to spit. The camels in Magic Kingdom are no different.

These creatures will spit at you as you walk toward the ride and also while you are riding on the magic carpets.

While it is great to be able to meet your favorite character, what if you actually got to go on a ride with them?

If you time it just right, you might be able to find Princess Jasmine and Aladdin over on the Magic Carpets right before their first meet & greet in the morning!

Buzz Lightyear Space Ranger Spin is a favorite for the entire family. If you want to score big, aim for the targets above the entrances when you are moving from one room to the next! 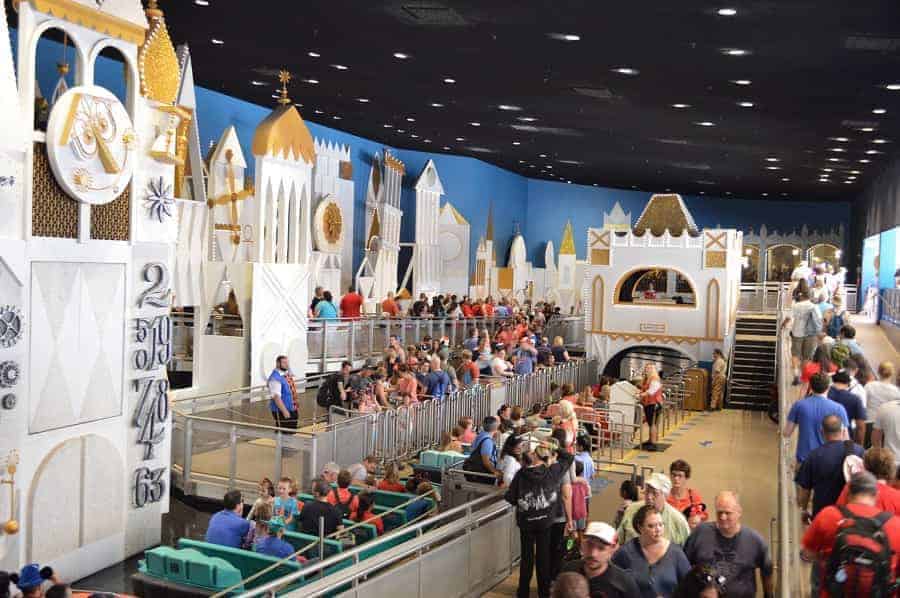 There really isn’t anything more nostalgic than It’s a Small World.

It hasn’t changed since opening day, and it’s song is one that your children will be able to sing along to for their entire life.

As you can see the line to get on It’s a Small World is pretty long.

BUT, if you can time it right, you might be able to see the Cuckoo clock open up. 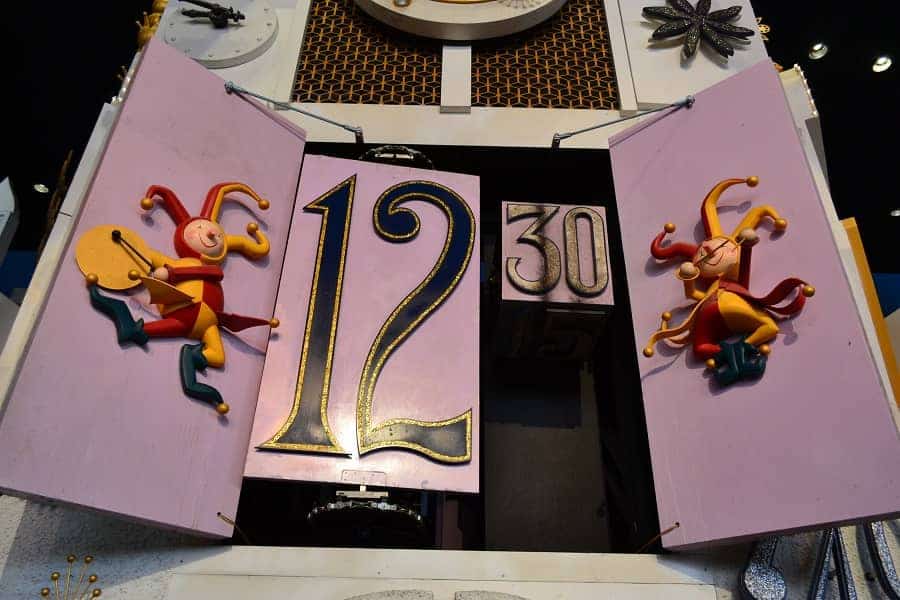 It chimes on the quarter of each hour and during that time, you will be able to see a special opening of the clock.

If you don’t see it from the ride, look for it as you disembark or from the Pinocchio Village Haus restaurant. 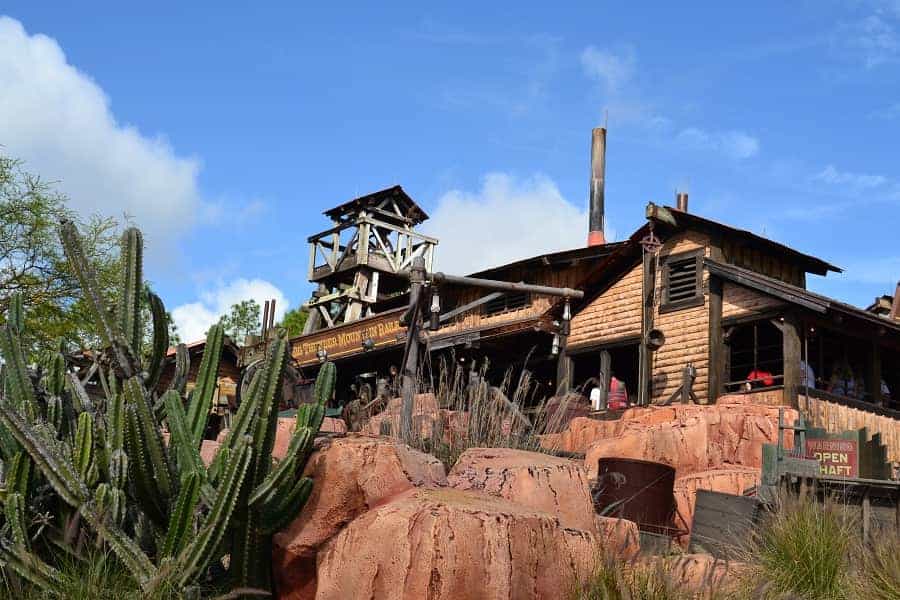 Big Thunder Mountain railroad is designed to make it look like it is out in the desert.

You will see cacti and plenty of large boulders. While the boulders all seem to look similar, there is one that holds a Magic Kingdom secret. 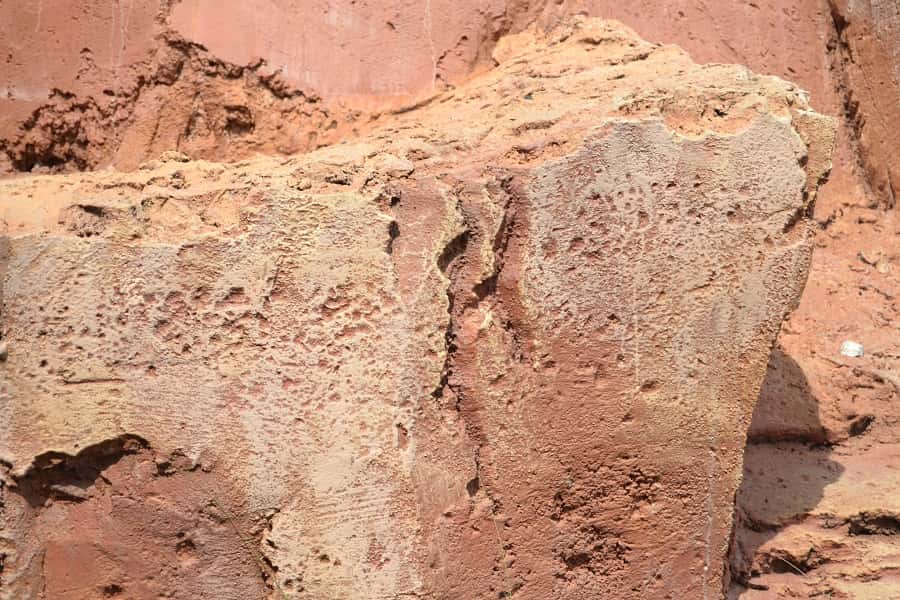 You may already be aware that there are plenty of Hidden Mickeys throughout Magic Kingdom, but what you may not know is that there is hidden Tinker Bell on a boulder at the exit of the Thunder Mountain railroad ride.

Next time you ride Big Thunder Mountain, make sure you pause as you leave to check it out!

When visiting the Magic Kingdom, one thing that often gets overlooked is Cinderella’s Fountain. Located next to Cinderella’s Castle, this fountain is the only place where you will find a statue of the most famous princess in the kingdom!

What you might not know is that if you look at the statue carefully, you will notice that at a certain angle the crown that appears on the backdrop, will actually appear over Cinderella’s head.

This hidden gem in Magic Kingdom is foretelling how Cinderella will eventually become a princess.

Secret of the Sword in the Stone

Everyone knows there is a Sword in the Stone monument in Fantasyland.

What you might not know is that the monument holds one of the best Magic Kingdom secrets.

When you first look at the monument, the sword appears to be encased in an anvil.

BUT if you read the plaque on the front, you will find out that it is possible to remove the sword.

While it doesn’t happen often, it does happen and it is totally random.

Make sure you give it a try and if you are the lucky one, let us know!

Do you know of any other Magic Kingdom Secrets?

You've lifted my spirits because we're not there right now. Looking forward to our next visit and trying out some of your suggestions. Trouble is, we can't do the half and half, because I always want to go back to the half we've just visited!

I know what you mean! Magic :Kingdom has so many great "lands" that it is hard not to go back & do some of your favorites over & over.

Great tips! We got hit by that camel quite a few times! :). I love that you could get a chance to ride with Aladdin or jasmine - that would be amazing for a kiddo! We just visited in November and can't wait to head back again! Stopping by from SITS!

I have a friend who is just crazy for Disney. They go twice a year. I'll have to refer her to your blog.

What a great post. We took our girls years ago when they were young. They still talk about "It's a small world" Thank you for bringing back the memories. #SITSBlogging

I love all the little secrets and details that Disney puts into it's parks. We used to visit the Magic Kingdom in CA semi regularly when we lived there. I loved the little details you could find while waiting in line at Indiana Jones.