If there is one Disney park you must visit on your next trip to Disney World, it should be Hollywood Studios. With the addition of Galaxy’s Edge and Mickey & Minnie’s Runaway Railway you will have even more Hollywood Studios rides & attractions to experience!

If you aren’t familiar with Hollywood Studios in Orlando, it is Disney’s third theme park in Walt Disney World.

Originally named MGM Studios when it opened in 1989, it changed names to Hollywood Studios in 2008.

Within Hollywood Studios theme park, you will find all of the rides, attractions and shows taking on a old Hollywood theme.

This is most apparent in the construction of the park with the names of the streets and the replica of Grauman’s Chinese Theater that takes center stage.

Hollywood Studios is not divided into lands like Magic Kingdom & Animal Kingdom; instead the park is divided into sections.

Each section has it’s own attractions, shows, shops and restaurants.

Hollywood Studios is a great park to visit with your entire family because there is something for everyone.

Those who don’t like rides, can enjoy Broadway style theater performances and dining experiences where you can venture back into a bygone era.

The Twilight Zone Tower of Terror

Of all the Hollywood Studio rides, this is one is probably the most likely to leave you filled with terror!

The ride begins when visitors board a decrepit hotel freight elevator that takes guests on quite a journey.

It passes through mysterious passageways where guests might see ghostly images of lost guests.

Soon, guests will find that the elevator travels into the “fifth dimension” where it seems to fall endlessly.

The ride begins with tour of a record company, where you see Aerosmith finishing up a studio recording session.

After being invited by the band to see their concert, guests climb aboard a 24-passenger “super-stretch limo” and take a high-speed ride through Southern California.

Star Wars: Rise Of The Resistance

Guests launch into space aboard a transport shuttle, only to be captured by a Star Destroyer.

They know they are in trouble when they are pursued by Supreme Leader Kylo Ren and have to escape the clutches of the First Order.

After being given their orders, guests get to climb aboard the Millennium Falcon to operate “the fastest hunk of junk in the galaxy.”

The group must work as a team in order to complete their mission!

This family-friendly roller coaster takes turns and goes over bumps, but nothing too scary!

The most fun is when Slinky seems to stop, only to reverse a few yards before shooting through multiple rings pulsing with sounds, spinners and flashing lights.

These little Aliens from Toy Story have hitched their flying saucers to the 22 rocket ships on this ride. Together, they spin through the Pizza Planet galaxy.

One of the most popular Hollywood Studios rides for the family is Toy Story Mania.

Built to look like a playset in Andy’s room, guests get to play all different types of Carnival Midway games while battling for highest score!

Based on films in the Star Wars franchise, Star Tour takes guests to several different Star Wars destinations with the help of C3PO and R2D2.

During the adventure, you never know who you will see or where you will go next.

Disney ride-through attraction featuring Mickey Mouse and Minnie Mouse, inviting guests inside a Mickey cartoon for a fun-filled adventure where “Mouse rules apply” and anything can happen!

Inspired by the blockbuster film “Raiders of the Lost Ark,” the show recreates scenes with stunt performers!

You will learn how the scenes are staged & how much work goes into making the scariest parts of the film.

The nightly show takes guests inside the dreams of Mickey Mouse.

When Disney villains take over his dream, he has to harness the power of goodness to triumph evil.

The innovative “Muppet Vision 3-D” film puts Disney guests smack in the middle of the Muppets’ knee-slapping adventure, thanks to an astonishing array of special effects.

Watch as thrilling moments from the movie play on-screen & sing along with your favorite characters from Frozen.

Don’t worry if you don’t know the words, they will be projected on the screen so you have no reason not to sing-along!

Voyage of the Little Mermaid

Beauty & the Beast Live on Stage

One of the best live shows at Hollywood Studios is Beauty & the Beast LIVE. This show will make you feel as if you are watching a Broadway Performance will amazing costumes, dance numbers and of course, your favorite songs from the movie! 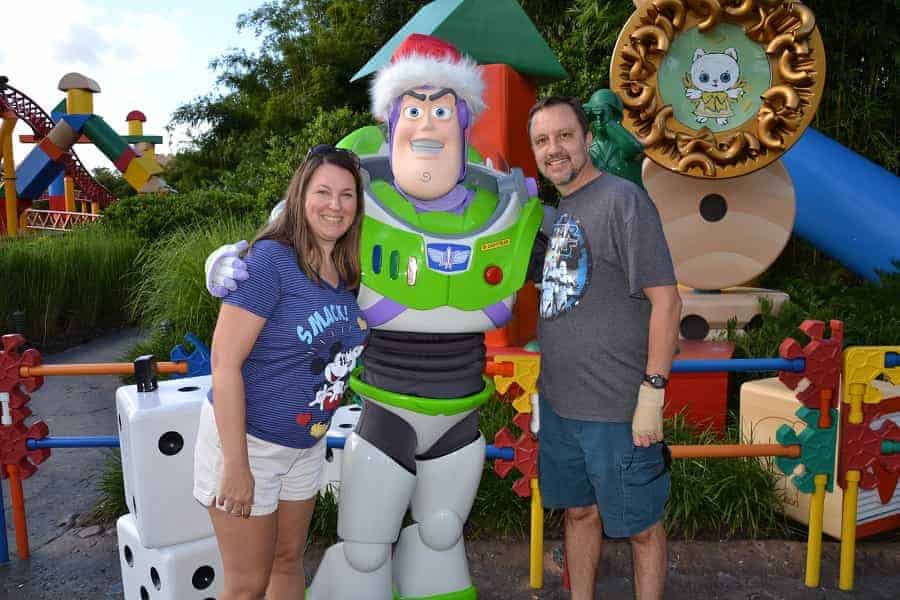 The Hollywood Studio Lighting Lane System allows you to purchase a ticket to get you to the front of the line. You can do this for the day OR by the ride (for certain rides).

This is an extra cost, but some feel like it is worth it to be able to ride some of the more popular rides.