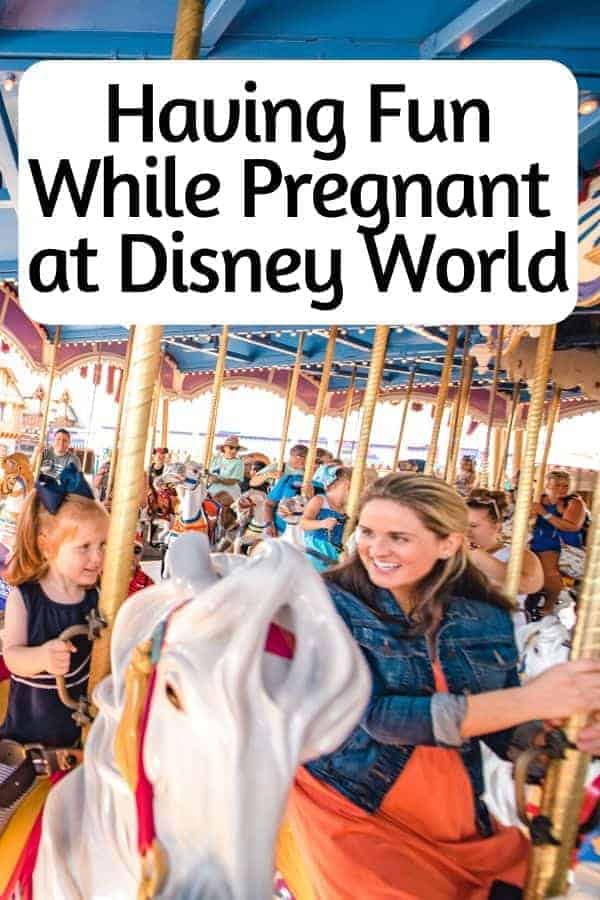 Going to Disney World while pregnant can be hard. Expectant moms can’t ride much and there is a ton of walking which can be exhausting. On the other hand, there are many things to do at Disney World that don’t involve rides and being pregnant at Disney World gives you the chance to enjoy the park at a slower pace.

Being pregnant while visiting Disney World doesn’t mean you won’t have fun, it just means you will have to have different types of fun.

Having Fun While Pregnant at Disney World

One of the best Disney parks to visit when expecting is Magic Kingdom. While there are a ton of rides, there are also a ton of other things you can do in Magic Kingdom besides rides. Some of our favorites are the Monsters Ink Laugh Floor, Mickey’s Philharmagic, and Pirates of the Caribbean.

Animal Kingdom is a great park, full of fun rides, but it is one of the hardest parks when it comes to walking. You will be doing a lot of walking and you are going to want to make sure you pace yourself by taking in as many shows as you can. These are the shows we recommend: UP! A Great Bird Adventure, Festival of The Lion King, and Finding Nemo, the Musical.

Epcot also has a lot of walking, but honestly, if I were going to Epcot while pregnant, I would spend most of my time back in the World Showcase. There are many great shows to enjoy along with a few rides like Three Caballeros & Frozen Ever After.

When it comes to enjoying Hollywood Studios when expecting, I’m afraid its going to be tough. There aren’t many rides at this park to begin with and just about all of them are off limits to expectant mothers. Three of the things you can enjoy without worry are Indiana Jones Stunt Spectacular, Voyage of the Little Mermaid and Fantasmic!

Rides to Avoid when you are Pregnant at Disney World

Disney World is very good about having signs up telling expectant mothers which rides to avoid. At the end of the day, they can’t force you to avoid them, they can only recommend it. These are the rides where you will find warnings clearly posted:

How to Successfully Visit Disney World while Pregnant

Is there a Disney World Pregnancy Pass?

The answer is a hard NO. While Disneyland Paris does off a Pregnancy Pass at their park, Disney World does not. You will survive.

Have you made the trip to any of the Disney World parks while pregnant? What was your experience?