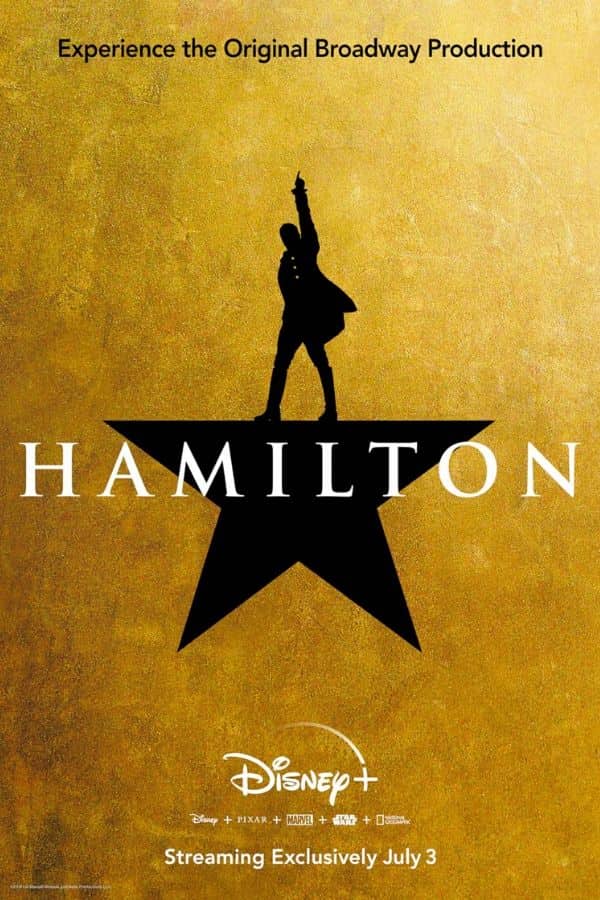 You read that right! Disney has teamed up with Lin-Manuel Miranda and the producers of Hamilton to release a 2016 taping of the live production for Disney+ customers.

The taping of Hamilton was done with the original cast and done on Broadway at the Richard Rodgers Theatre.

This is your chance to have the best seat in the house as the performance was taped center-stage.

“I’m so proud of how beautifully Tommy Kail has brought ‘Hamilton’ to the screen. He’s given everyone who watches this film the best seat in the house” (Lin-Manuel Miranda)

If you don’t already have a Disney+ account, now is the time to get it!

How much is Disney+?

Wondering what else you can see on Disney+?

We have a list of some of the most popular new releases on Disney+ .

Besides this, Disney is always releasing some of their best content along with other great shows and documentaries on National Geographic.

Are you excited about seeing Hamilton on Disney+ in July?