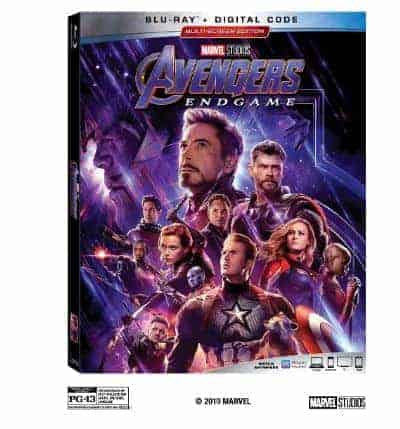 Avengers: Endgame is the final chapter to an unprecedented, 11-year cinematic journey. It picks up where Avengers: Infinity War ended.  The only Avengers to survive, Iron Man, Captain America, Thor, Hulk, Black Widow, and Hawkeye along with War Machine, Ant-Man, Rocket Raccoon, Nebula, and Captain Marvel must come together to eliminate their enemy, Thanos.

This is no easy feat and it means finding a way to travel back in time and could ultimately mean augmenting the reality as they know it. Nevertheless, the Avengers know what must be done and set out to do it.

Although they are working together, they are divided in their objectives with different sets of characters joining forces to find the infinity stones.

Are they successful in finding the infinity stones? Will the Avengers be able to defeat Thanos once and for all? I don’t want to spoil it for you if you haven’t watched!

Marvel Fans who purchase Avengers: Endgame on Blu-ray or on Digital Download will gain hours of additional screen time with their favorite cast members and filmmakers who have shaped the Marvel Cinematic Universe.

Want a chance to get your own Digital copy? We are giving away one Digital Download code to three lucky Disney Insider Tips readers. Enter to win below.

Next
What's New at Disney World